81797
Ateliers des Capucins, a third place and mixed-use destination that changed the city of Brest - Beyond Retail Industry 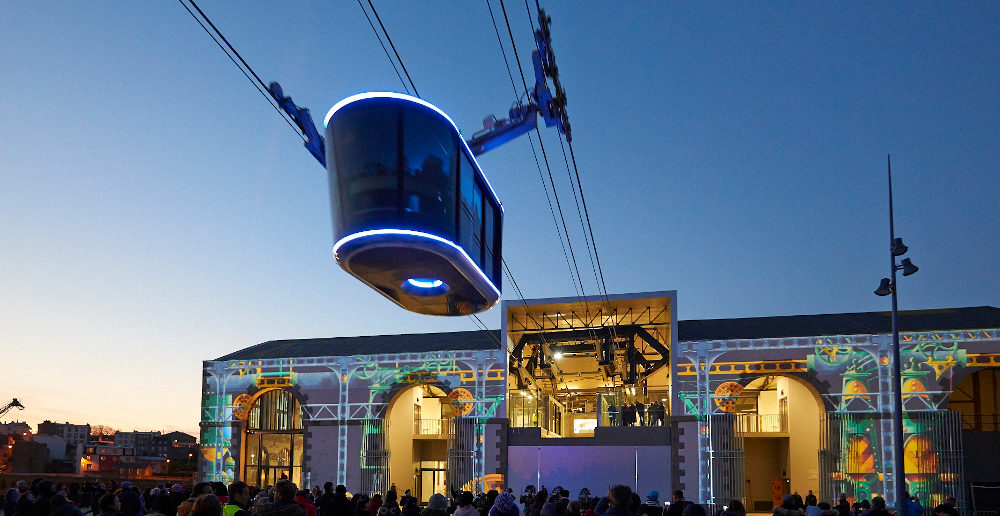 Ateliers des Capucins, a third place and mixed-use destination that changed the city of Brest

Alain Lelièvre (Director of Ateliers des Capucins) and Thierry Coltier (Managing Partner at Horwath HTL) discuss the origin of the project and what it offers at the city today.
By Vincent Philippe on September 25, 2020 0 Comments

For almost four years, in Brest, we can meet at the Ateliers des Capucins. A true “third place” in the heart of the city, purveyor of local life and offering a multitude of meeting opportunities especially around leisure and entertainment activities. But the Ateliers des Capucins is also a new public place of rich heritage interest, the pride of Brest residents and a must see for visitors. It is also the anchor of a new district, linked to the old one by the first urban cable car of the country. Finally, it is a project that has changed the status of this city.

Alain Lelièvre (Director of Ateliers des Capucins) and Thierry Coltier (then Managing Partner at Horwath HTL, now partner at Voltere by Egis) discuss the origin of the project and what it offers at the city today.

What is the genesis of the project Ateliers des Capucins and how did such a place fit into the history of the city?

Alain Lelièvre: “To fully understand the importance of such a place for Brest, it must be remembered that the city was 95% destroyed during World War II and then had to be rebuilt. Also, the built memories of the past are rare and the Ateliers des Capucins are part of this heritage. In the 19th century, these workshops hosted military shipbuilding and were then part of a veritable forbidden city accessible to its workers only.

From 2004, the French army reorganized its establishments on the national territory and decided to separate from the site of Brest. In 2005, Brest Métropole therefore initiated, with the State, the Navy, local authorities and the French Deposits and Consignments Fund, a redevelopment and rehabilitation project with the aim of reviving the district. The land is finally sold in 2012. It is a vast 16ha site, heavily polluted and rather isolated from the neighborhood, but having the advantage of being completely central in the agglomeration.

Many projects are then sketched out and developed by means of successive iterations between the stakeholders (communities, associations, companies, etc.). The idea of ​​a “Media Hub” is first considered for a while. However, the players agree on a very clear initial objective, that of returning this once very confidential site to residents.

Two major projects will then integrate the set and so make it possible:

The large central space and the side spaces under the shed roofs are retained as free spaces, left to the appropriation of visitors on 10 000 mq. This is where we find the old machine tools from the workshops, preserved and highlighted. The idea is then to observe the behaviors and to decide later on a possible function. Additional commercial areas are then built to complete the offer (catering, shop, leisure) and generate other income. 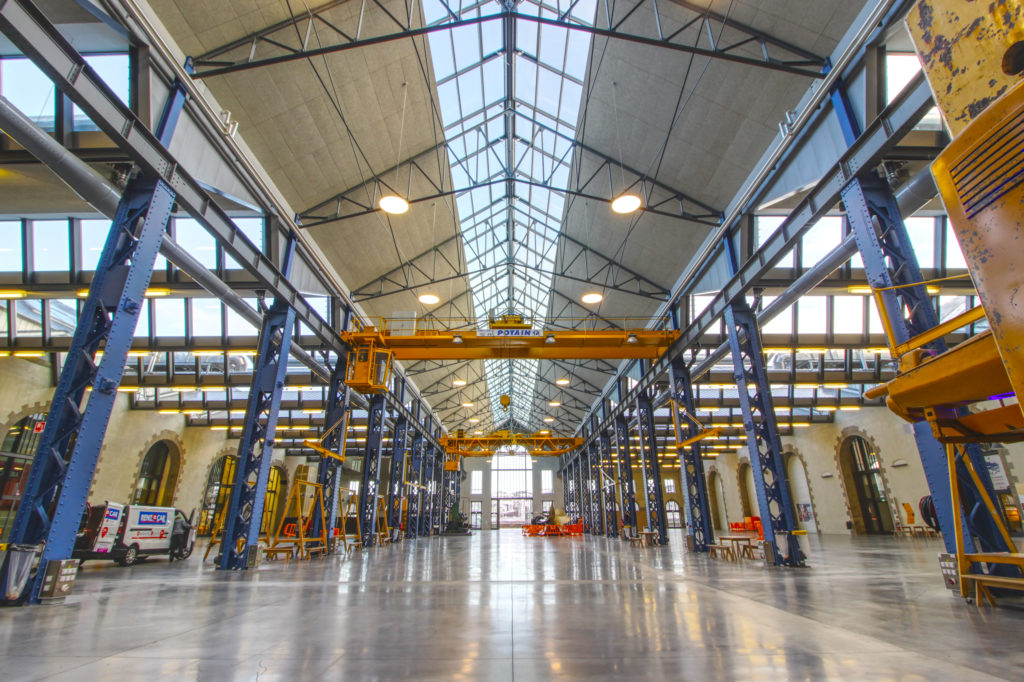 In November 2016, after four years of work, Les Ateliers opened to the public with the brand new urban cable car that connects it to the city center.”

Thierry Coltier: “Horwath first intervened before the definition of the program in order to study the tourist potential of the place. The site quickly emerged as capable of offering good development opportunities in leisure and tourism, especially in business tourism and MICE activity. This then gives a new dimension to this sector of activity in the territory of Brest.”

What does a place like the Ateliers des Capucins mean for the city of Brest?

Alain Lelièvre: “Les Ateliers represent 35,000 mq of useful space, in full ownership of Brest Métropole. Its management and animation are carried out by the Local Public Company “Les Ateliers des Capucins”. It is a tool resolutely at the service of the public, whose operating balance sheet is financed by the community. Les Ateliers were the anchor for the development of a new 12-hectare district where more than 700 housing units, a car park and hotels are being built. In total, this is a public investment of nearly € 100 million.

Today, Les Ateliers are a true “third place”, a living and meeting space where there is always something to do or see when you don’t want to stay at home. This inspired our slogan “Melting Place”.

Among the proposed offer: 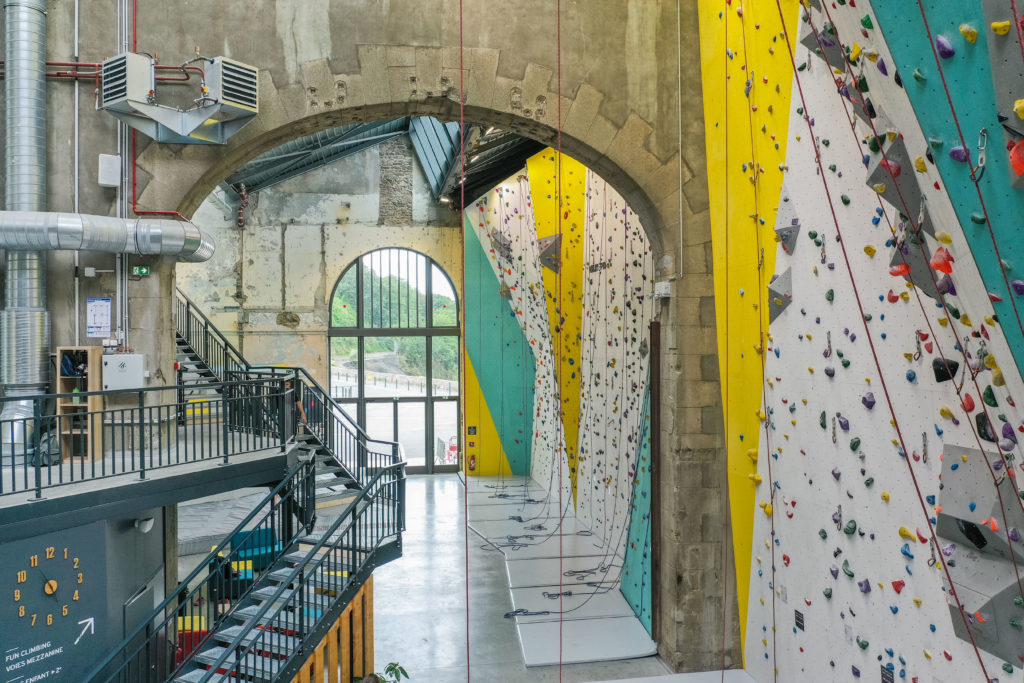 And of course the cable car, an innovative urban transportation system that has become a real tourist attraction in Brest and an must-see visiting experience (Editor’s note: Les Ateliers and the cable car are respectively n°2 and n°6 of the activities recommended in Brest by Trip Advisor).

Les Ateliers host also numerous events in the main public space or in the side spaces available. Dance, theater, exhibitions, … we organize nearly 160 events per year. Perhaps a little too much because we sometimes move away from the balance we were looking for between an attractive animation essential to its attendance and an inspiring tranquility of open spaces. Les Ateliers also are available for seminars and corporate events.

In total, we have recorded 3.5 million visits since opening (an average of one million per year). Attendance remains very local throughout the year but it is appreciated by tourists, especially in summer when they represent most of the visits.

Les Ateliers des Capucins are now considered as an extension of the city center of Brest and at the same time they moved the barycenter of the metropolis towards the other bank of the river. It is also now a real place of memory and pride of Brest residents. Those who worked there in the past can now show it to their relatives. Regarding the impact of this particular place on its close urban environment, we note that attendance at the Capucins has generally benefited to restaurants and businesses located on the other side of the cable car. Moreover its image has recently become a real estate asset with sometimes a mention “close to the Capucins” among the selling arguments.”

Thierry Coltier: “Once the site was operational, it was important to define its positioning and image from a marketing point of view. We therefore recommended to prioritize the organization of targeted and ephemeral events in the spaces rather than retaining a fixed assignment. The dynamism of the animation of the place should, in our opinion, take precedence over commercial rents. Les Ateliers do not organize events and are above all a structure that welcomes them. So, the place was quickly identified as a tourist attraction point in addition to Océanopolis, the second main attraction of the city’s tourist development. These two places, apprehended in complementarity, aim to make Brest a desirable destination for short stays. This destination will also combine outdoor and maritime activities and may benefit from national and international notoriety.” 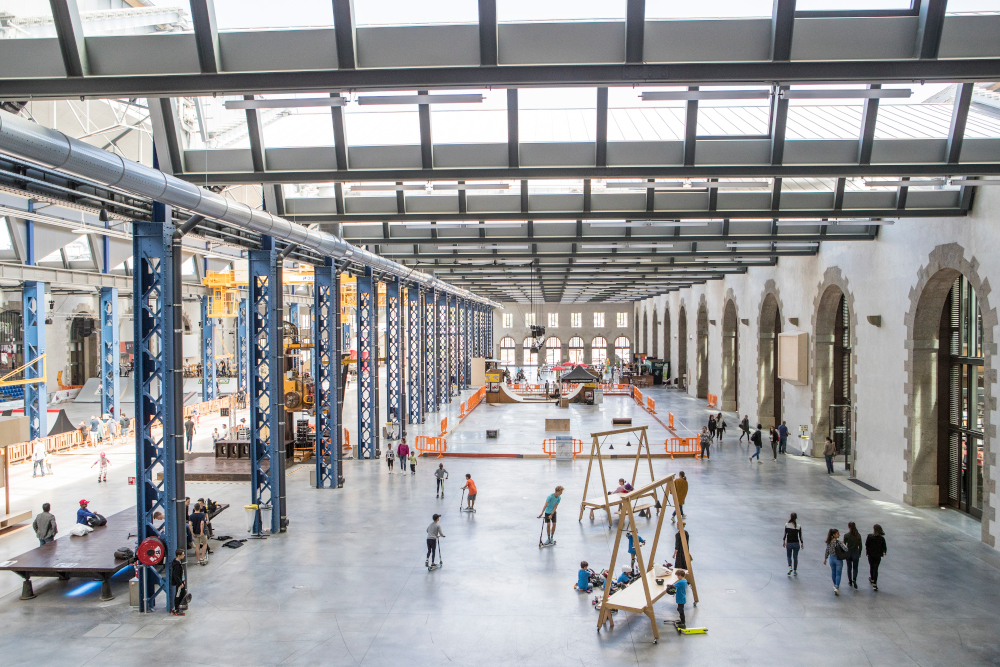 How do you understand the place of leisure and entertainment in a place like Les Ateliers? Are other developments planned?

Alain Lelièvre: “New urban leisure activities have a real place in the chosen program mix. Indeed, they are a way of attracting a new generation of Brest residents. They help to generate animation and activity faithful to the spirit of the place.

We had set ourselves as rules:

The next developments in Les Ateliers will be the opening of Le Fourneau (National Center for Street Arts and Public Space) and 70.8 by Océanopolis (an innovation and research center on the sea)”

Thierry Coltier: “Having become a marker of the territory and a gathering place for its population, the Ateliers now want to allow the emergence of new ideas. This is the objective of the “Creuset“, an experimental development which will allow the use of the different spaces of the place to launch public interest projects. Students, workers and retirees will thus be able to meet freely at Les Ateliers to put their time and skills at the service of projects to be financed by an endowment fund. The territory has a few references that will serve as examples, the theme of the ocean has obviously imposed itself.

This initiative will allow the Capucins to be a real third place in the following sense: people + places + process. It could, why not, initiate a new movement, a ” third places association” and serve as a reference for other projects.”

Philippe Vincent moderated the session dedicated to ” Reinventing cities with leisure and entertainment”, which took place at MAPIC 2020 digital.

I am Vincent Philippe, 37, founder of Funfaircity. Engineer and urban planner for more than ten years, I created Funfaircity two years ago to bring my passion for leisure venues closer to my job as a urban developer. I studied in particular at the Ecole Centrale de Lille (engineering diploma) and at the Politecnico di Milano (architecture and urban design). I worked on major urban projects in the Paris region and in Bordeaux. I've been a theme park enthusiast since I was a kid (over 90 parks visited all over the world) and I'm fascinated by how cities are transforming to accommodate more and more new places of recreation. Funfaircity is an additional professional activity to my main job as a land developer in Bordeaux. It allows me many professional meetings in the entertainment business. I enjoy writing about this on my blog and advising all city and real estate professionals interested in this topic.