81484
New places of Leisure in town! Interview with Funfaircity - Beyond Retail Industry

New places of Leisure in town! Interview with Funfaircity

Interview with Vincent PHILIPPE, creator of the French blog Funfaircity, observing new trends from the point of view of the city and its developments.
By Mark Faithfull on July 30, 2020 0 Comments

Virtual reality, escape games, indoor climbing, sensory course, immersive experiences, “augmented” karting … today in large cities we find new leisure activities, numerous and varied, but which did not exist – or so very few – four or five years ago. The new places that host these activities are more and more numerous and varied and have been established everywhere in the city, from the center to the outskirts following to very specific ways. They meet the needs of city dwellers or visitors looking for new stimuli. Have urban areas become the new leisure parks?

What exactly is a city of leisure today and where does it come from ?

Just imagine ! You enjoy an indoor sporty morning with colleagues, bouldering or surfing. Then you have lunch with your family in a restaurant-show based on a pirate or western theme with a large covered play area. In the afternoon, after strolling through a charming historic center, you will discover the latest immersive exhibition in a digital art center installed in a place of great heritage value. In the evening, finally, wearing a virtual reality mask, you become a hero and experience a unique quest in another dimension. To end the night, maybe a karaoke but in a private corner, with a genuine cocktail … A perfect day in an amusement park? No, just a day in your own city !

Much has happened in cities since the ancient theater and the thermal baths of Imperial Rome. While obviously at the time “leisure” did not have today’s meaning, these places had a very real role beyond housing, production centers or military equipment. The Middle Ages saw the arrival of fairs, ancestors of fairgrounds, occasionally set up in public places. Later, it was the theaters and taverns built just outside the cities to escape the tax which offered very popular entertainment. 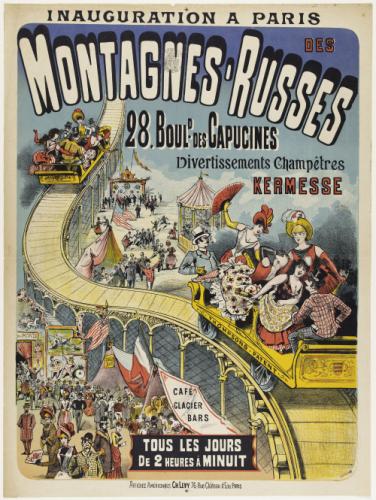 At the beginning of the 19th century, entertainment found more and more dedicated places. There were the Vauxhalls in London and the “Folies” in Paris, those public and paying entertainment gardens created after the French Revolution on former noblemen properties. There were balls, parties, fireworks and scientific experiments, such as balloon flights. There also were roller coasters. The still operating and famous Tivoli in Copenhagen (opened in 1843) was inspired by one of these Parisian gardens. The European industrial revolution subsequently created a whole new population class that was increasingly urban and gradually in search of places to be entertained. The great international exhibitions of the end of the 19th century are surprisingly diverse in this purpose.

In the last century the cinema had a considerable impact on the places of urban recreation, just like the Luna Parks which multiplied on the model of Coney Island (New York). After the second world war, several experimental creations tried to bring the city closer to the amusement parks: Instant City (Archigram), the Luna Tour (Jean Tinguely, Claude Parent) or even the initial concept of Walt Disney for EPCOT (Experimental Project Community Of Tomorrow) in Florida, which was then a real city and not a theme park.

Leisure and entertainment have always had their places in the city and those of today inherit this rich past. The city of leisure has come a long way. This is what promises it a bright future!

What sets the city of leisure apart from a theme park?

First, let’s ask ourselves what the public is looking for:

Far from being opposites, the leisure city and the theme park are complementary, offering two distinct ways of meeting these needs but on different durations. Outside the cities, large leisure sites – places dedicated to entertainment and designed for this sole purpose – are increasingly evolving towards a resort model. In these new destinations, the day trip is replaced by a longer getaway.

As an alternative, for a few hours of local entertainment, the leisure city offers experiences that can be booked in advance, alone or in small groups and can be combined with other more traditional urban leisure experiences such as shopping, museum, cinema or restaurant. These multiple and varied mini-experiences can be aimed at everyone: residents, tourists, business groups, children, etc.

Unlike a theme park, which must be sufficiently attractive to justify the journey, the immediate advantage of being located in a urban area for a leisure site is its direct access to a local, large, varied audience in great demand. But there is also more direct competition with other leisure venues located in the same sector. And of course, from a real estate point of view, competition between leisure and economically more profitable urban activities such as housing, offices or even retail.

In both cases, the success of a place is not innate, whether it is tourist-related or only local. Even in the heart of a city, it needs good operating conditions (attendance) associated with a well-balanced accounting as well as other economic, social or environmental factors. Regular renewal of the offer in line with public expectations is therefore essential.

How is the city organizing itself to welcome these new places of leisure?

Cities often see recreation just as an economic activity. With a few exceptions, urban leisure businesses usually develop where they can and where they find the best operating conditions.

However, cities have a real interest in encouraging the development of these atypical places:

Today, leisure finds its place in all the transformations of the city. 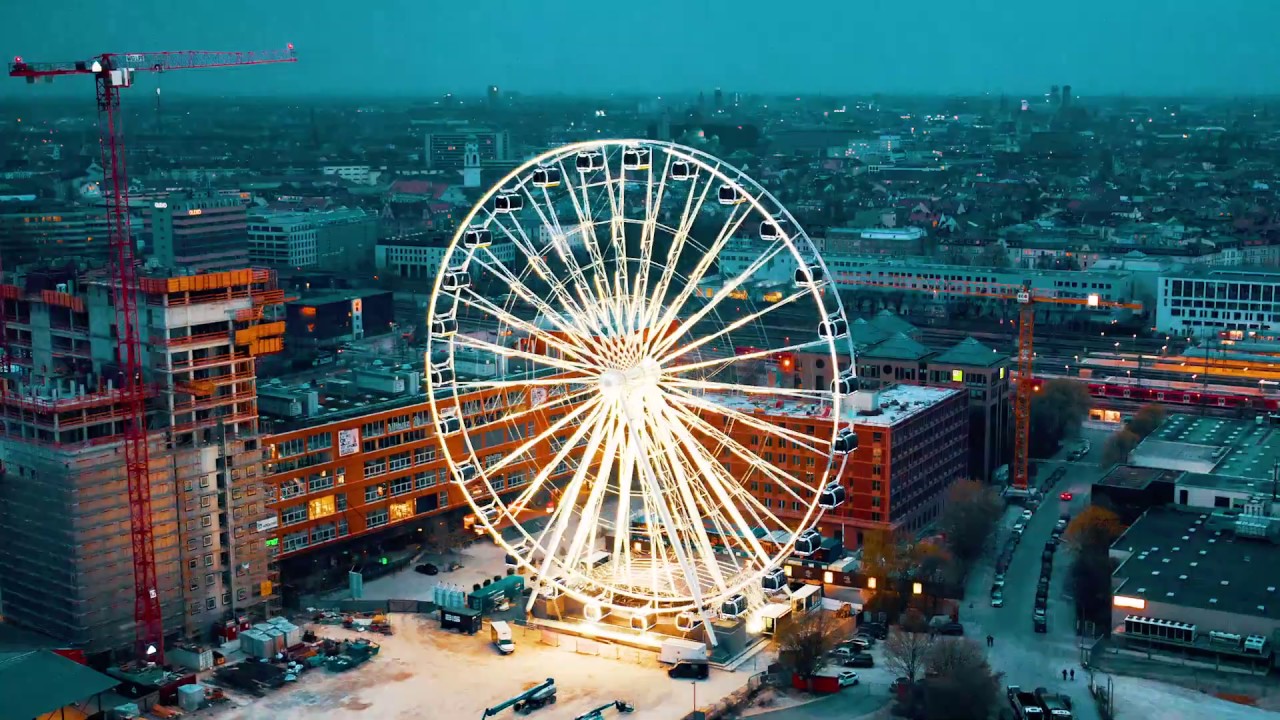 Finally, it should be reminded that places of culture are also increasingly integrating gamification and edutainment into their mediation. Solutions to attract and to retain new audiences.

The strong development of local urban leisure activities is leading to a clear change in the ways and methods in making the city. In France for example:

These are excellent signals for the development and consolidation of new places of leisure in the city.

For more insights on the leisure industry you can visit funfaircity’s blog here.