22330
Is crowdfunding a new solution for property funding? - Beyond Retail Industry 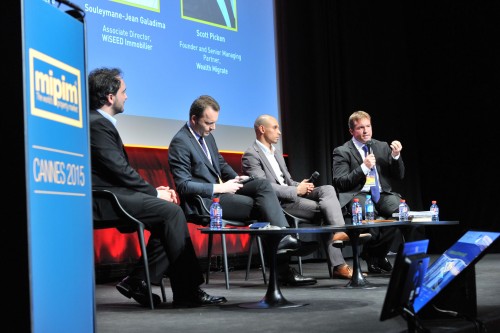 Is crowdfunding a new solution for property funding?

Many in the industry state that crowdfunding is becoming a more mainstream form of capital raising. Find out what epxerts at MIPIM had to say about its potential.
By Graham Parker on March 20, 2015 0 Comments

For an industry that revolves around the raising of finance there has been a sense of inevitability that, sooner or later, crowdfunding would be scrutinised, analysed and debated as a potential new source of capital for the real estate world.

No surprise either that the debate would spread to MIPIM. In fact, a year ago in Cannes, the show was ahead of the curve when the Innovation Forum featured a crowdfunding initiative from an Estonian company called Estateguru.

At the time, Estateguru felt very much like a lone European voice in the smallest of niche markets. One year on and there has been a lot more interest in crowdfunding generally across many real estate markets, and not least at MIPIM 2015.

Crowdfunding had a mainstream conference session all to itself while a leading global exponent of this financial model in real estate, Wealth Migrate, also featured in the Digital Economy Challenges Real Estate Sector, Disruptors at the Door conference session.

Much of the crowdfunding action to date has taken place in the US, where a firm called Fundrise has used this model to help raise finance for smaller projects often overlooked by institutional investors. As Fundrise co-founder Daniel Miller told MIPIM News: “It’s becoming easier and more accepted as a form of capital-raising.”

Perhaps so, but some perspective is required at a time when people routinely talk about the “wall of capital” targeting real estate. To take just one example of the institutional force bearing down on the sector: AXA Real Estate Investment Managers announced at MIPIM that it had raised a record €7.3bn in 2014. By contrast, Fundrise enables investment for as little as $100; its average investment is between $10,000 and $15,000.

This is not to decry crowdfunding as means of filling a gap in the market for funding or to belittle the laudable ambitions of the key players – Fundrise hopes to launch its first UK project this year and target Berlin in 2016.

But it is far too early to describe crowdfunding as a game-changer in capital markets, as its promoters would claim. And there remain questions about the need for regulation around what is essentially a financial vehicle aimed squarely at ordinary consumers.

At the MIPIM Wrap Up conference session, Professor Hugh Kelly of New York University summed up the concerns over crowdfunding when he told delegates: “It’s a consumer product. And one day a crowdfunded investment is going to go bad. When that happens do you want to be the guy going before [US politician] Elizabeth Warren’s [Senate] committee [on banking, housing and urban affairs]explaining why you recommended it to consumers when the big boys wouldn’t touch it?”

One thing is for sure, game-changer or not, crowdfunding is on the real estate agenda and it is on the increase.

MIPIM News editor-in-chief Graham Parker is a UK-based freelance journalist and editor. After taking a degree in English he trained as a surveyor before moving into real estate journalism. He is editor of Retail Destination and has been editor of Europroperty , property editor at Retail Week and European bureau chief for globest.com.