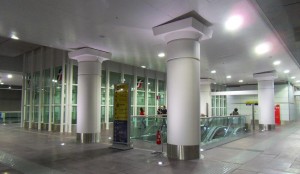 An ultramodern station designed to improve traffic in this important railway node, the new high-speed terminal is directly integrated into the urban environment, linking the Bolognina district to the historical centre. Thanks to the underground facilities for most high-speed trains, the new terminal will be able to completely reorganize the whole railway node of this city.

The high-speed station has three underground levels. The AV Hall on the intermediate floor (level -2), will host a modern Food Hall for travellers and visitpors, with traditional and street food; a mix to draw the city’s food lovers.