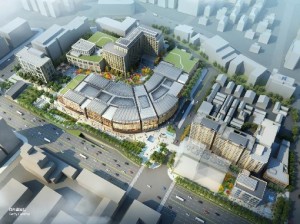 Kerry Central has a prime location in the heart of the city’s traditional CBD in Xiacheng District. Il lies just 280 metres from the beautiful West Lake, at the intersection of Yan’an Road and Quingchun Road. Kerry Central blends seamlessly into the city’s ethos, providing a place to live, work and relax – right at the heart of things.