On the South coast of France, Marseille is working hard to become an international gastronomic centre and melting pot of cuisines
By Mark Faithfull on May 3, 2019 0 Comments

Marseille, France’s second city, has forged its cosmopolitan personality over thousands of years. With 2,600 years of history – the oldest city in France – Marseille is a crossroads of the Mediterranean, and has seen its historic centre modernised and rejuvenated, particularly through improvements to accessibility, to encourage the development of an innovative and ambitious commercial policy.

The city has a catchment area of 1.5 million inhabitants, and is a hub for tourism, with four million tourists and 1.85 million cruise passengers per year.

“Marseille is experiencing an unprecedented upturn in tourism, which requires responding in turn to the demands of the local population and visitors, providing an original and attractive culinary offering in line with its potential,” says Solange Biaggi, Deputy Mayor of Marseille. “Marseille is also a city of gastronomic excellence. It has successfully explored and combined cuisines from other places with its own regional cuisines. Today, it has a large number of restaurants, ranging from traditional cuisine to world food, with eastern and Mediterranean flavours and a strong Italian influence, not to mention its seafood specialties. It now has numerous Michelin-starred chefs, who know how to look after their design and who are dedicated to the ‘city’ trend that characterises contemporary style. 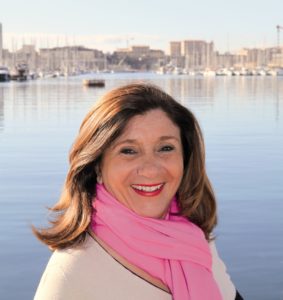 This, she says, is why the City of Marseille wants to simultaneously promote the cuisine of Marseille and Provence and attract new concepts, making gastronomy a strong attraction that pulls in people to the region.

Marseille held the title of European Capital of Culture in 2013 and European Capital of Sport in 2017 and 2019 is packed with gastronomic events, with the organisation of Marseille Provence Gastronomy – MPG 2019, an event organised by the Bouches-du-Rhône department and with which the City of Marseille and the Aix-Marseille-Provence Metropolis are associated.

“Throughout the year, numerous prestigious events will showcase gastronomy, flavours, traditional regional products and quality of life in Provence and Marseille in particular,” says Biaggi. “As part of Marseille Provence Gastronomy, the rue de la République will become the rue de la Gastronomie.”

The official launch of this event, with three-Michelin-star chef Gerald Passédat as patron, took place in Marseille on 20 March and was then staged in Paris, New York and Brussels.

“After MPG 2019, the City of Marseille wants to continue this positive momentum by attracting original restaurant concepts,” she says. “Indeed, Marseille has seen a new gastronomic scene develop over the past few years, with the emergence of a generation of chefs who are rejuvenating culinary creativity in the city with artisan cooking using local and fresh produce to meet the new demands of Marseille’s clientele, both old and new. Marseille is a city burgeoning with ideas and innovative projects: ‘bistronomic’ cuisine, co-working spaces, fair-trade and locally-sourced grocery shops, smoothie bars, cocktail bars and coffee shops are flourishing.”

As a result, the City of Marseille, responding to new trends, wants to develop flagship gastronomy projects, particularly through the creation of a food hall in the city centre and support for setting up new brewery and food industry projects.