The ongoing boom in plant-based foods from vegan retailers and grocery stores is being given another boost this month, with record global pledges to eat vegan only during the month of January.
By Mark Faithfull on January 12, 2021 0 Comments

An unprecedented 500,000 people have signed up to the ‘Veganuary’ challenge to eat only plant-based foods and promoting a vegan lifestyle for the month of January. Reflecting the huge uptake in vegan foods and the rise in vegan retailers over recent years, the figure is double the number who pledged to adopt a vegan lifestyle during January in 2019.

Veganuary is a global vegan food campaign that has most recently focused on Latin America, where 150,000 people have signed up this year, along with 80,000 based in the US and 50,000 in Germany.

Of those taking up the vegan lifestyle challenge, 125,000 are based in the UK, and this year the Veganuary organisation pointed to how much British supermarkets and grocery stores have embraced the vegan food initiative, with market leader Tesco running television and radio adverts promoting Veganuary and vegan retailer product lines for the first time. Most other major supermarkets have produced dedicated web pages and recipes, again for the first time, while department store Marks & Spencer had produced a 31-day Veganuary meal plan to help with a plant-based diet.

The moves come as new research from the investment bank UBS on plant-based alternatives to meat showed a rising number of vegan retailers and people trying out new products. The proportion of people who had tried vegan food alternatives rose from 48% to 53% between March and November 2020, according to the UBS survey of 3,000 consumers across the UK, US and Germany. It also found that half of those who try plant-based alternatives to meat continue to eat them at least weekly. 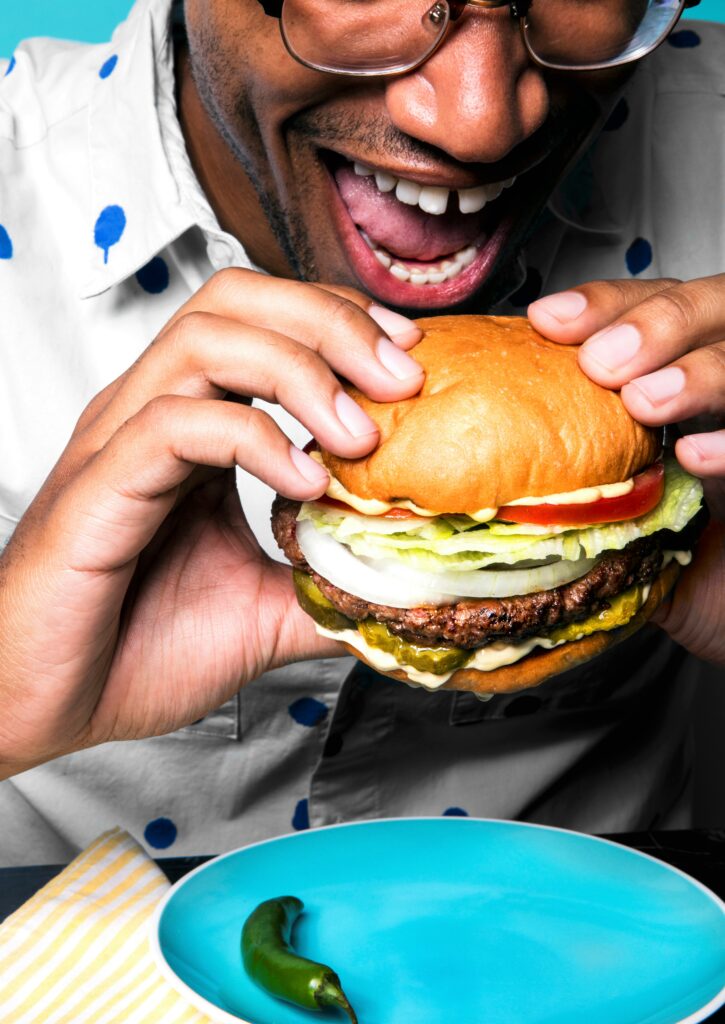 Respondents gave a number of reasons for choosing to cut the amount of animal foods in their diet, from animal welfare to health and environmental concerns.

“The latest iteration of our survey shows that plant-based meat continues to gain momentum,” said Andrew Stott at UBS. However, he said taste was the key issue for many people: “Of those consumers not willing to try plant-based meat at this time, 59% stated: ‘I don’t think it will taste good’.” Other reasons included not liking the “highly processed nature” of the products (37%) and the expense (29%).

A number of companies around the world are also working on growing real meat cells in laboratories without the need to slaughter animals. The first sale of cultured meat took place recently in Singapore, where Eat Just’s ‘chicken bites’ were served to restaurant diners. But it is expected to be several years before cultured meat reaches a wider market.

Meanwhile, US-headquartered competitor Beyond Meat is now available in 85 countries and from around 112,000 retail sales outlets.

“It really feels to me that plant-based eating is no longer controversial,” said Toni Vernelli from Veganuary of this year’s launch. “Pretty much everyone has accepted we need to be reducing animal products in our diets for environmental reasons.”

The organisation said that the way British supermarkets and grocery stores have embraced Veganuary this year is “truly game-changing”.

Aldi has a Veganuary webpage that highlights its plant-based products and also sets out the main reasons to try vegan food, with vegan recipes, tips on vegan swaps and a link to Veganuary’s website.