Major mixed use retail developments and rejuvenated shopping malls are typically turning to leisure, F&B, commercial and even residential to create a complete mixed use offer. MAPIC looks at some of the commercial space under development, opening or reopening.
By Mark Faithfull on February 16, 2021 0 Comments

Few shopping malls are developed or asset managed without extensive mixing of uses in the modern age and those mixed use retail developments are becoming ever-more diverse. While the COVID-19 pandemic has disrupted project construction and closed most shopping malls completely for anywhere between weeks and months during lockdown, the retail industry has been reopening and rescheduling as restrictions eased.

In the first of this two-part project report on the retail industry, MAPIC highlights a few of the global development projects and refurbishments where leisure and F&B are playing major roles in the retail mix and how major schemes are planning to reinvent themselves for new consumer needs and preferences.

American Dream, New Jersey began welcoming guests again with the partial opening of retail and reopening of its indoor entertainment experiences on 1 October. Retailers including H&M, Primark, and Zara opened their American Dream locations for the first time and DreamWorks Water Park, Nickelodeon Universe, Out of This World Blacklight Mini Golf, plus The Rink have reopened with time and capacity restrictions. Big SNOW American Dream opened on 1 September and announcements about additional openings and new experiences will be released soon, says the company. Reduced attendance levels and extensive health and safety protocols are being observed by all attractions and retailers at American Dream.

“Nickelodeon Universe exceeded all expectations in the several months that it was open pre-pandemic, and we look forward to continued success together with our partners at American Dream,” says Gerald Raines, SVP, global location based experiences, ViacomCBS of the imminent reopening, while Jeff Rubin, CEO & founder, IT’SUGAR, adds: “We are thrilled to reopen our three-storey flagship store and world’s first candy department store. There is nowhere else like American Dream and we look forward to once again immersing the property’s guests back into the world of IT’SUGAR.”

“American Dream generates huge visitation for the region, filling hotels and in turn drives visitors to other local destinations. American Dream will be the economic engine for the Meadowlands Sports Complex, helping us attract the world’s most notable events. New Jersey needs American Dream to help revive its economy in a post-COVID-19 era,” says Jim Kirkos, president & CEO, Meadowlands Chamber.

New owners have taken over Derby’s main shopping centre in the UK, following the collapse of previous owner Intu. The site has come under full ownership of Cale Street Investments, which had already acquired half of the property from the administrators.

It is temporarily known as the Derby Centre initially and became the first of 17 Intu shopping centres to change hands since indebted Intu Properties failed to agree terms with its creditors in June of last year. The building will be rebranded Derbion – its fifth name since retail development.

The price paid for the shopping centre has not been disclosed although Cale Street Investments paid £186.3 million for half of the centre in a deal funded by the London-based Kuwaiti Investment Office.

The management and day-to-day operation of the Derby Centre is now the responsibility of international property advisor Savills and Ken Ford, former executive director of Capital & Regional.

Ford says: “The fundamentals of Derby remain strong and I am looking forward to working with the team to develop a repositioning strategy that will ensure the centre can continue its positive trajectory. The centre enjoys high levels of interest from national brands, thanks to its strong catchment and footfall, and our plans will only help further this potential.”

Intu Derby purchased the centre from Westfield, which opened the shopping centre following a major refurbishment of the former Eagle Centre in 2007. It now attracts an annual footfall of more than 21 million and the space is more than 90% let. There are over 200 shops, including Next, Zara, H&M, M&S, Hugo Boss, Whistles, The Disney Store, Lush and JD Sports at the centre. It is also home to the main car park in the city, with over 3,600 spaces, a food court and leisure activities including a 12-screen Showcase Cinema De Lux, Hollywood Bowl, Paradise Island Adventure Golf and the 640-seat Derby Theatre. 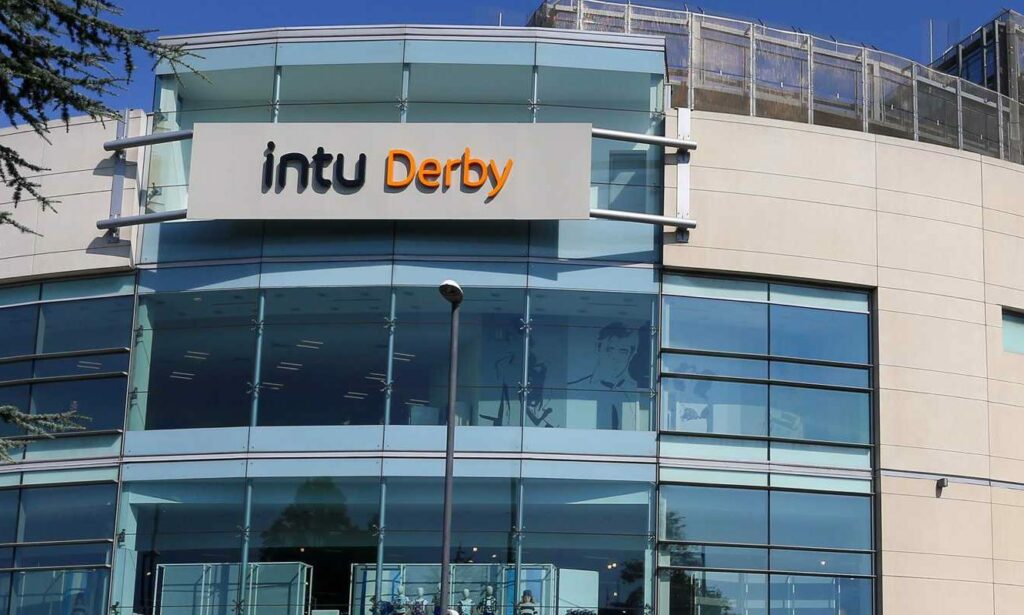 The mixed-use development project will be home to three hotels on the shores of the Elbe river. Accor’s Pullman, Novotel and Ibis will bring a total of 830 rooms over three buildings complexes to offer the possibility to serve different target groups at the same location.

“The three hotels are of vital importance in our strategic planning to establish the Westfield Hamburg-Überseequartier as a mixed-use destination with national appeal. They underline our desire to create new standards in the areas of hospitality, quality of life and urban atmosphere,” says Andreas Hohlmann, managing director of URW Germany.

Yannick Wagner, responsible for the development for the Central Europe region at Accor, adds: “The Hamburg hotel market is still exciting for us and the ambitious project with three of our hotel brands underlines our plans for continued expansion in all segments. This affects not only Hamburg but the whole of Germany. Westfield Hamburg-Überseequartier is ideal due to its proximity to the city centre and its mixed-use character.”

Read about Ingka Centres and how it focuses on urban retail properties with London, read also an interview with Ian Sandford, President of Eurofund on how to embrace change to reinvent retail lifestyle centres, and learn how shopping destinations need to rethink, refresh and renew.