74514
How Technology Gets Utilised to Make Retail Great Again

How Technology Gets Utilised to Make Retail Great Again

Some companies and technologies are pushing retail shopping to the margin of commercial leadership thus far in the 21st century...
By Brant David on August 2, 2018 0 Comments

There are companies and technologies that are pushing retail shopping to the margin of commercial leadership thus far in the 21st century. These companies, with their use of tech, may make retail “great” again (even though retail is far from “dead” as many a shopping mall is.)

One company is called Ocado. Although this company is an Internet retailer, it’s approaching the use of technology for sales if it had the proverbial bricks-and-mortar stores depending on it. In addition to its heavy use of AI and robots in its packaging warehouses, Ocado has been pioneering self-driving cars being used in deliveries. Time will tell how well the company’s leading edge technologies play out, but so far there seems to be no downside.

Companies such as American Apparel and Lacoste are getting heavily into augmented reality (AR) tech. This is very smart, since research tells us that at least 61% of consumers prefer to shop at retailers using AR. Lacoste uses an AR app that allows prospective buyers to try on shoes before coming into their stores. American Apparel created an app that captures an image of clothing which gets recognised immediately by the program to yield product info, availability, reviews, and additional sizes and colours all conveniently brought to them via their smartphones.

Starbucks is one of the retailers now making use of geofencing technology. With geofencing, a retailer deploys a “location-based service in which an app or other software uses GPS, RFID, Wi-Fi or cellular data to trigger a pre-programmed action when a mobile device or RFID tag enters or exits a virtual boundary set up around a geographical location, known as a geofence.” Starbucks makes use of geofencing in its pre-ordering service, saving busy consumers ample time.

Clothing retailer Zara’s has implemented self-service checkout machines, which its stores emplace on the way to the changing room, perhaps to simultaneously save space, save time, and take advantage of impulse buys. Zara’s self-service checkout kiosks allow “try before you buy” to become reality, while also letting shoppers avoid putting back clothes and leaving the store empty-handed all because of long queues. 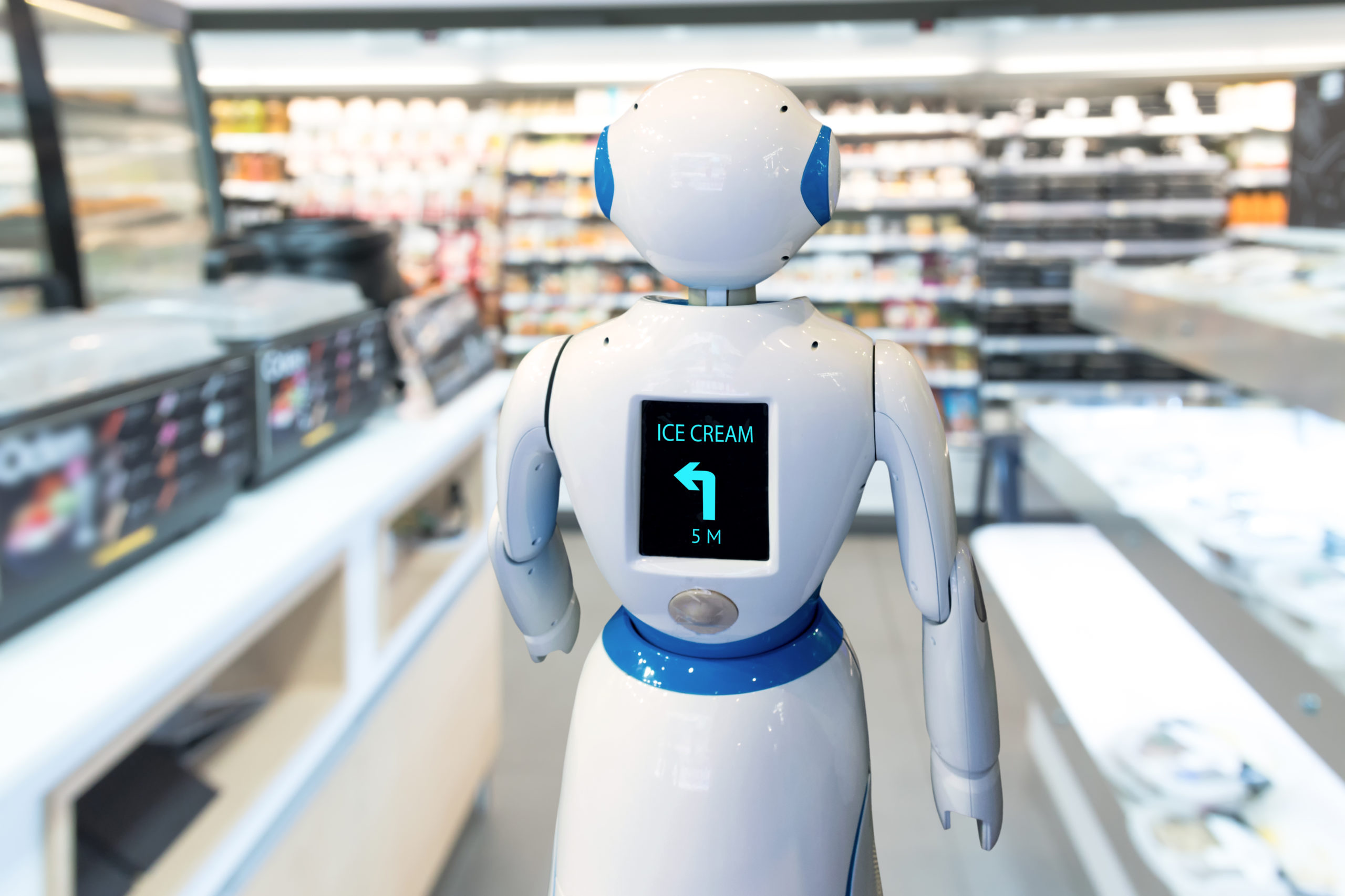 Hardware seller Lowe’s in the US has implemented LoweBot, a NAVii autonomous retail service robot designed by inventory management AI and robotics maker Fellow. LoweBot is able to understand several different languages to answer customers’ basic questions and navigate the store to find what they’re looking for. LoweBot frees up human employees’ time to help customers with more complex or difficult matters while also letting them put more energy into making sure things are nicely presented and emplaced where they’re supposed to be.

High street retail is still in high demand, and technology is here to ensure that it stays that way and doesn’t succumb entirely to the wiles of online shopping!

Brant David McLaughlin has been a professional writer since 2005. At the behest of best-selling author Gina Smith, he began writing long-form journalism in January, 2014. He lives in the rustic town of Milford, New Jersey.