Over the past decade there has been an increase in female boardroom representation within the major retail groups, although progress remains painfully slow. For International Women's Day, MAPIC highlights 20 of the leading women in retail at the helm in 2022.
By Mark Faithfull on March 8, 2022 0 Comments

Given that surveys time and again identify women as the principal retail buyers within families, it remains mystifying that retail has been so slow to embrace women in retail leadership roles. Of course, there are plenty of historical women leaders and founders, many of whom launched game-changing retail names and brands or redefined existing businesses. Yet within the boardroom, lack of diversity continues for women in retail, especially in Europe which trails behind a more progressive US boardroom culture.

However, the story is slowly changing and last year we highlighted the senior women leaders at the forefront of retail innovation, playing our small part to celebrate International Women’s Day by highlighting some of the top women executives at leading retailers and brands.

It was hugely well received, so once again we have highlighted 20 of the most influential women – this time in women in retail leadership in the property currently steering the businesses forward. The list will undoubtedly cause many of you to ask ‘but what about…?’ So let us know who you think we should feature in future articles! 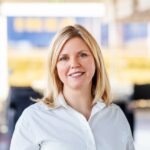 Ingka Centres opened the first urban Livat format in Hammersmith, London recently and has further projects in San Francisco and Toronto in development, as it mixes between major lifestyle centres and downtown formats. Andersen – a long-time IKEA executive – is at the helm and back globetrotting to identify further city locations as the retail group reaffirms its commitment to physical shopping.

Judith Everett joined The Crown Estate in 2013, and sits on its group leadership team as executive director of purpose, sustainability and stakeholder. In this role, she is focused on driving forward The Crown Estate’s commitments on Net Zero. Prior to joining The Crown Estate, she worked with Shell, Scottish Enterprise, Columbia Threadneedle Investments and AstraZeneca. 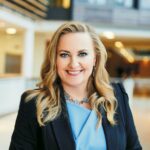 As CEO of ECE Marketplaces, Joanna Fisher has been responsible for the entire shopping centre business of the ECE Group since January 2021. For more than 20 years, the management of shopping centres has been her core business at ECE and she is also a self-confessed shopping addict, plus an advisory board member at MEC Metro-ECE.

Rita-Rose Gagne is just over a year into her tenure as CEO of UK-based retail developer Hammerson after spending nearly 14 years with Canadian investor Ivanhoe Cambridge. She is heading a major transformation of the Hammerson business, which recently found a buyer for its Leeds retail assets.

Kajsa Hernell has been managing director of the Nordic Council of Shopping Centers since 2018, after working across a range of industries, most recently with Stockholm-based Sveriges Textilhandlare, supporting the Scandinavian fashion sector. 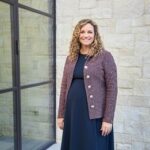 Laura Hines-Pierce is co-CEO of Hines, working with chairman and co-CEO Jeff Hines to help strategy and manage key risks. She is a member of the firm’s executive committee and a member of the investment committee. She joined Hines in 2012 and her responsibilities included zoning and entitlement, plus relationship management with equity partner Ivanhoe Cambridge.

Kimberly Hourihan began her real estate investment management career in 1990 and joined CBRE Investment Management in 2007. In her previous roles with the firm, she served as CIO for the Americas Direct real estate business, as an executive managing director and fund manager, and as the portfolio manager for two international sovereign wealth fund clients with total AUM with the firm of more than $4bn.

A long-term executive at British Land, from February 2020 Sally Jones moved on from investments to take on responsibility for technology in addition to her strategy role to cover all British Land’s digital and tech activities, joining up the digitalisation of its spaces and insights with the broader technology organisation. She is also responsible for business improvement, which includes the group’s project management office. 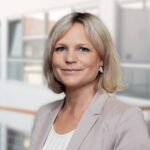 Daniel Lauret learned the retail business through design and master-planning, working for the French office of Wimotte & Associates before spending a decade at global practice Chapman Taylor. In January 2021, she took over as chief development officer at French real estate giant Klepierre.

Sara Lucas is responsible for leading, implementing and growing Grosvenor’s investment and development activities in Europe and is based in Paris. Before being appointed CEO in 2019, she led the portfolio management activities of Grosvenor’s European business. Prior to joining Grosvenor in 2011, she worked at the Royal Bank of Scotland where she was director in the real estate finance department. Prior to this, she was a director of Savills France. 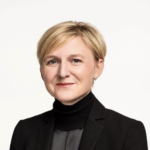 Susie McCabe earned her stripes in retail, a long-time executive with Polo Ralph Lauren – where at points she was focused on its outlet business – before joining Under Armour as its SVP of global retail. Now she is co-CEO of designer outlet giant McArthurGlen Group as the business looks to build on easing travel restrictions.

Amy O’Brien leads a 20+ member team and is responsible for creating a holistic responsible investment vision and unified framework across Nuveen and TIAA. The framework establishes the firm’s overall philosophy as well as guidelines for incorporating RI disciplines in investment decisions and new product development.

Christina Ofschonka is a managing director and senior fund manager at AEW, based in Frankfurt. She has overall responsibility for the management of AEW’s pan-European core funds, including fund strategy, portfolio construction and client relationships. Prior to joining AEW in 2016, Ofschonka worked as a portfolio manager at Alte Leipziger. 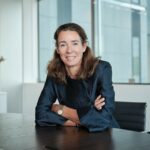 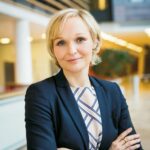 Claudia Plath has been CFO of ECE since 2013. Her career at ECE began in 1996 as a controller. After five years, she took over management tasks as team leader in controlling in 2001. From 2004 onwards, she led the asset and corporate controlling division including the national subsidiaries. As managing director finance, Plath has been responsible for accounting, controlling, risk management, corporate finance, and asset management for all shopping centres since 2013. 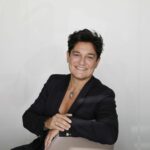 Caroline Puechoultres is a seasoned retail professional, with a career history that spans Intermarche, Kaufman and, most recently, French grocery giant Carrefour. Now she is in charge of customer strategies, data digital and marketing at one of the world’s largest retail real estate groups.

Chin Yean Cheng is CFO of CapitaLand Development and oversees the functions of financial accounting and reporting, treasury and taxation. Yean Cheng was previously the general manager of CLA Real Estate Holdings, where she oversaw the company’s corporate functions and asset management.