Over the past decade there has been an increase in female boardroom representation within the major retail groups, although progress remains painfully slow. As International Women's Day approaches, MAPIC highlights 21 of the leading women in retail at the helm in 2021.
By Mark Faithfull on March 8, 2021 0 Comments

Given that surveys time and again identify women as the principal retail buyers within families, it remains mystifying that retail has been so slow to embrace women in retail leadership roles. Of course, there are plenty of historical women leaders and founders, many of whom launched game-changing retail names and brands, or redefined existing businesses. Yet within the boardroom, lack of diversity continues for women in retail, especially in Europe which trails behind a more progressive US retail boardroom.

However, the story is slowly changing and in the first of a series of articles highlighting the senior women leaders at the forefront of retail innovation, playing our small part to celebrate International Women’s Day in retail, we have highlighted 21 of the most influential women in retail currently steering businesses forward. The list will undoubtedly cause many of you to ask ‘but what about…?’ So let us know who you think we should feature in future articles!

Dame Sharon White is chair of John Lewis Partnership, the colleague-owned retail giant that operates the department store chain John Lewis and supermarket group Waitrose. She replaced Sir Charlie Mayfield, and joined the partnership at a time of declining profits and senior management departures. White has closed some stores, announced John Lewis mini-stores will open within Waitrose outlets and decided to turn some of its flagship London store into offices. 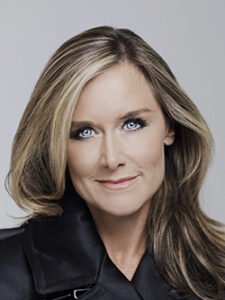 A retail leadership legend, Angela Ahrendts is currently on the boards of companies including WPP, Ralph Lauren and Airbnb but is best known for career-defining roles as the former SVP of Apple Retail, and the CEO of British luxury brand Burberry, which she modernised and revolutionised during her time at its helm.

Laura Alber worked her way up the US-based furniture and homewares group and has made a significant impact since taking the reins as retail leader in 2010. As well as driving the company’s international expansion and its digital progression, she has been a strong advocate for all businesses to recruit more women in retail management. 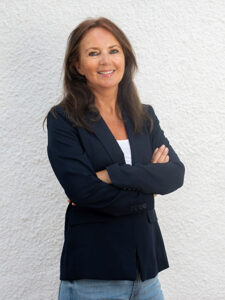 While not a retailer, Helen Dickinson is a well-known lobbyist for UK retail and was appointed as the chief executive of the BRC in 2012. Dickinson leads the team and sets the strategic direction of the BRC, which has more than 5,000 members, which make up around 60% of the UK’s retail market share.

Marketing veteran Mary Dillon, who has worked at brands including McDonald’s and Gatorade, has transformed beauty brand Ulta since being appointed in 2013. Ulta has overtaken Sephora to become the biggest US beauty brand, opening urban-located stores and enhancing the in-store experience, while investing in ecommerce. 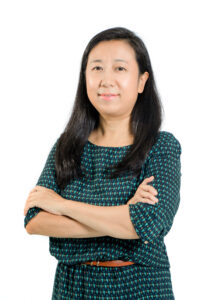 When Alibaba was established in 1999, a third of the co-founders who helped Jack Ma build the business were women. Wei Wu, known as Maggie, has been the tech giant’s chief financial officer since 2013. In charge of the finances of Alibaba Group Holding, Wu presides over an empire spanning diverse commercial operations and omni-channel initiatives. 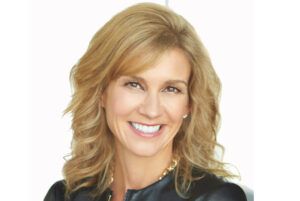 Michelle Gass replaced Kevin Mansell, Kohl’s chairman, CEO and president, when he retired in May 2018. Sona Chawla, Kohl’s COO, became president at the same time, before departing last year. Gass joined Kohl’s in 2013 as chief customer officer. Prior to joining Kohl’s, Gass spent nearly 17 years at Starbucks, where she held a variety of leadership roles, most recently as president, Starbucks EMEA.

Well-known UK businesswoman Jacqueline Gold is the chief executive of Ann Summers, having held the position since 1993. Widely credited for transforming the adult retailer into a more female-centric, female-positive business, Gold’s company has struggled during the pandemic and agreed a CVA with creditors in December of last year. 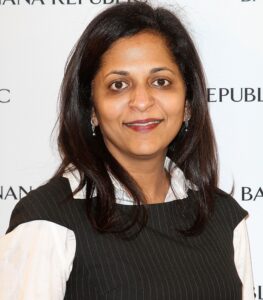 Sonia Syngal, who previously led the Gap-owned Old Navy fascia, was appointed chief executive of Gap in March 2020, replacing Art Peck who stepped down in late 2019. Syngal is credited for leading Old Navy from $7bn to $8bn in sales in just three years, expanding its US presence to more than 1,200 stores and scaling its ecommerce site. Prior to that, she was EVP of global supply chain and product operations. She first joined Gap in 2004 and some of her earlier senior roles included stints in Europe. 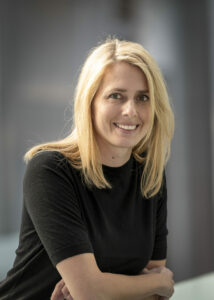 At the start of February this year Lauren Hobart succeeded Edward Stack, who had served as the company’s CEO since 1984. The appointment of Hobart as the head of the chain, which boasts some 850 stores and annual revenues of around $9 billion, is the result of a transition plan developed over a long period of time. Hobart spent 14 years at PepsiCo before joining Dick’s Sporting Goods as senior vice president and senior marketing officer in 2011.

Laury is best known for her long career at Europe’s largest DIY retailer, Kingfisher, with 1,100 stores across 10 countries. After being promoted from the boss of Castorama, Laury launched the ‘One Kingfisher’ transformation plan, aimed at modernising the B&Q and Screwfix-owner. Le Touquet-based, she left Kingfisher in 2019 and joined Inter Ikea’s board in February this year.

This February, San Francisco-based direct-to-consumer fashion retailer Everlane announced that Net-a-Porter founder Natalie Massenet had joined its board of directors. Until recently the co-chair of online luxury retailer Farfetch, Massenet – who founded Net-a-Porter from her Chelsea apartment in 2000 – has had a stellar career in retail, working with some of retail’s most innovative businesses. 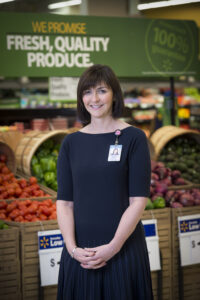 The British-born former Asda executive has been with Walmart since 1996 and was named as the chief executive of its international division in 2018. The appointment saw McKenna head up operations across over 6,000 stores in 28 countries, including operations across China, Brazil and Canada. Current boss Doug McMillon and his predecessor Mike Duke both ran the grocery’s international division before taking the helm of the entire group.

As executive chair of TJX Companies, Carol Meyrowitz is in charge of a near 4,000 store empire with sales of circa $40bn annually. She leads a business in value fashion and homewares that stretches from the US to Eastern Europe, including the UK where it trades through the TK Maxx and Homesense labels. She has been with the business since 1983 and became a director in 2006, rising to become chief executive. 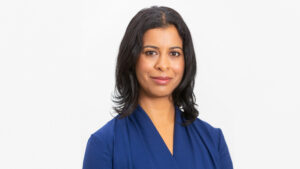 Formerly at Otto Group and Crate & Barrel, Montgomery took over as president of CVS, the biggest US drugstore chain, last year. Montgomery is executive vice president and president of CVS Pharmacy/Retail and oversees the company’s more than 9,900 retail locations. Montgomery reports directly to Karen Lynch, who became CEO of CVS Health in February this year, after previously being executive VP at CVS Health and president  of its Aetna health insurance subsidiary, succeeding Larry Merlo, who retired.

Barbara Rentler has helped turn Ross Stores into one of the US’ largest retailers. Rentler has been at the off-price retailer – a rival to TJX – since 1986. A merchandiser by trade, Rentler has climbed up the ladder for the past 30 years and became chief executive in 2014. Since she took the reins Ross Stores has achieved up record sales and profits.

Athleisure brand Sweaty Betty promoted its managing director Julia Straus to the role of chief executive in 2019. Straus joined the UK activewear retailer in August 2018 after three years as chief executive of US beauty brand Tula. She took over from co-founder Simon Hill-Norton, who stepped aside to become chairman.

Alannah Weston has been the creative director of the luxury department store group since her family bought it in 2004. She was named deputy chair of the Selfridges Group in 2014, and was then promoted to chair in 2019. Meanwhile, Anne Pitcher was appointed group managing director of Selfridges Group in 2011, having previously worked for the department store as buying and merchandise director.

Also, read about the MAPIC innovation coffee with retail industry leaders,  and discover the next generation of retailers in our report.