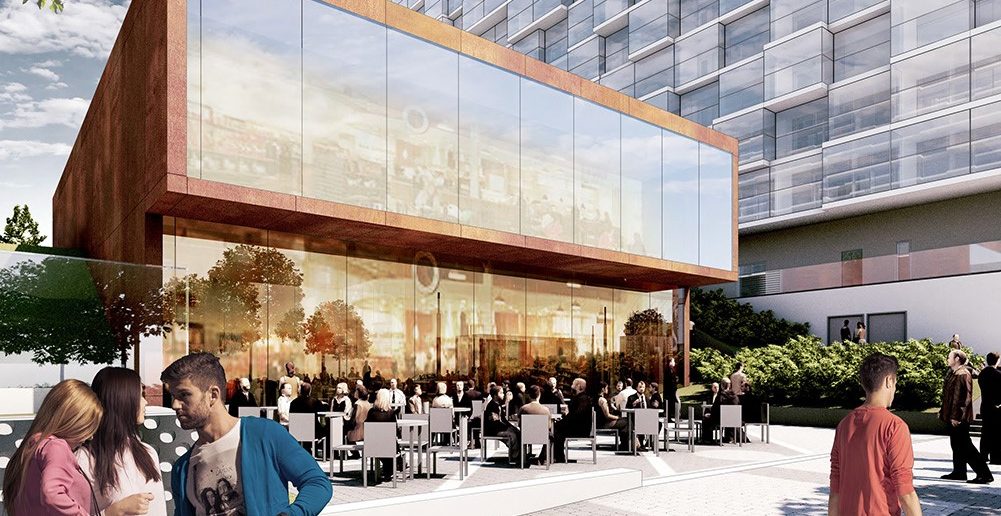 The mall is not dead

Finland – the small Nordic nation celebrating its 100th birthday this year – has a healthy retail market with shopping centres leading the way. Why is the Finnish mall thriving?
By Pirjo Aalto on October 24, 2017 0 Comments

The world has turned its eyes towards the Nordics in the recent years, as these countries are at the top of various international comparisons year after year. The Nordics have also produced many international success stories, such as the Swedish IKEA, the Danish Lego, and the Finnish Marimekko.

However, among the Nordics, Finland has a unique reputation – and not only due to its language not related to any of the other Nordic languages. You may have heard about the world-class Finnish education system or the baby box given to each new-born, but this Northern European country of 5.5. million people is succeeding in other ways as well.

Firstly, Finland is celebrating its 100th anniversary of its independence this year, and the World Economic Forum named Finland the safest country in the world[1]. In addition, Finland continues to rank high on the lists of the least corrupted and the happiest countries in the world. The Finnish capital Helsinki was recently ranked the 9th most liveable city in the world[2].

Finland’s capital Helsinki is the fastest-growing metropolitan area in the country, and it is predicted to have 1.5 million residents in 2025. Currently, Helsinki has a purchasing power of 42,100 € per resident, the best in the whole of Finland. The annual retail sales per capita are 10,700 € in Helsinki.

The success of Finnish shopping centres

In the Finnish retail market, the shopping centres are the favourite destinations. While sales of the Finnish retail market grew by 0.7 percent in 2016, the shopping centre sales increased by 3.2 percent. Last year, Finnish shopping centres attracted a total of 387 million visitors – a 5.1. percent increase to the previous year. The malls of the Helsinki metropolitan area did particularly well compared to the rest of Finland; sales increased by 3.3 percent in the south, while growth in other parts of Finland was 2.8 percent.

The currently booming Finnish economy is a factor contributing to the success of the Finnish retail market. However, why are shopping centres doing better than other retail locations in Finland?

The consumers who have grown up among online shops in a global internet society are more demanding than ever. Therefore, to stay relevant, shopping centres need to come up with services that respond to the evolving needs of different consumer groups. People don’t go to shopping centres just to shop – they’re after the whole experience. For example, experiences are at the core of Mall of Tripla, opening in central Helsinki in autumn 2019. Mall of Tripla will become an urban centre offering not only extensive shopping and restaurant services but also vibrant cultural and sports activities, such as the Finnish Music Hall of Fame and an indoor summer concept, Surf Beach Helsinki. Furthermore, Mall of Tripla will host Finland’s most extensive range of restaurants – everything from street food to fine dining

In addition, shopping centres are able to offer convenience like no other retail destination, since they cater to the customer’s every need from grocery runs to four course dinners and the latest fashion to health and wellness services. This is also true at Mall of Tripla: it has 12,000 square metres of grocery stores and over 12,000 square metres of restaurants as well as a whole floor dedicated to health and wellbeing.

Mall of Tripla is located in Helsinki’s Pasila region: over 25 percent of Finns live within a 30-minute drive from there. Pasila is also the main public transportation hub in Finland with some 40 million annual users. It takes only 4 minutes to the Helsinki Railway Station and 22 minutes to Helsinki Airport by train from Pasila. Stopovers in Helsinki are becoming more and more common especially with routes from Asia to elsewhere in Europe.

Finally, if you’ve ever been to Northern Europe, you know that we get to enjoy pleasant weather only a couple of months a year – the other months are dark, cold, and rainy. Therefore, it’s easy to understand why Finnish consumers prefer shopping centres.

[1] The Travel and Tourism Competitiveness Report 2017 by the World Economic Forum: https://www.weforum.org/reports/the-travel-tourism-competitiveness-report-2017

[2] The Global Liveability Ranking 2017 by The Economist Intelligence Unit: http://www.eiu.com/topic/liveability

Director of Commercial Development at Mall of Tripla