Apple’s most ambitious retail project yet sits on the waters of Marina Bay, Singapore – hovering directly above the water, the Apple retail store reminds the retail world that the US consumer electricals giant remains the king of retail experience.
By Mark Faithfull on October 7, 2020 0 Comments

Apple broke the mould with its world-first flagship Apple retail store at Tyson Corner, Virginia and at Marina Bay Sands has opened the first Apple Store to sit directly on the water, appearing as a sphere floating on the iridescent Marina Bay, Singapore. 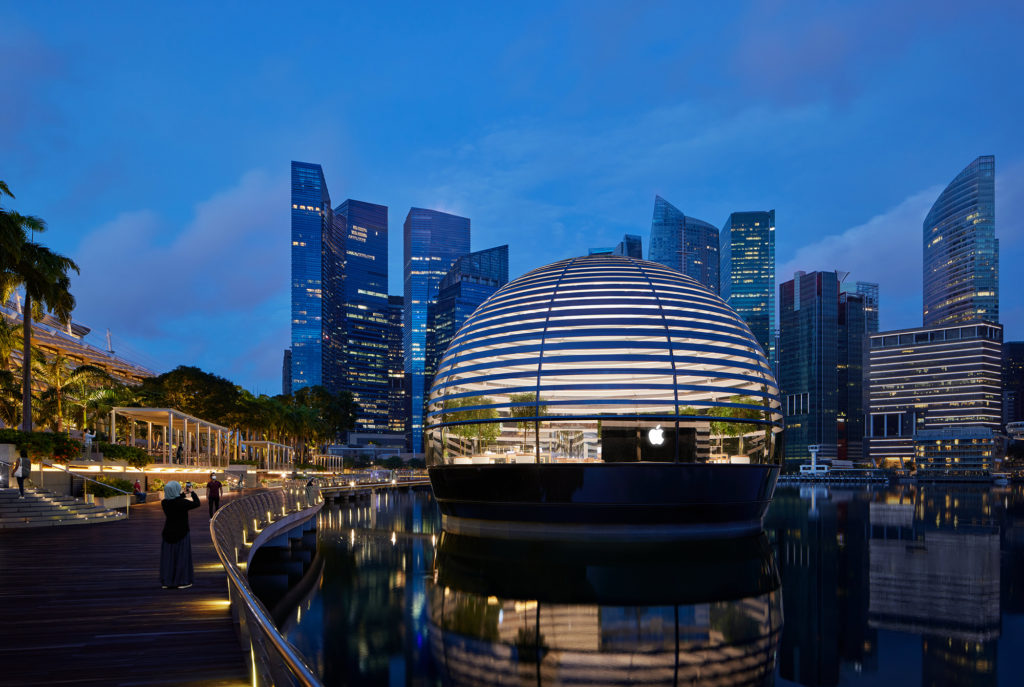 Entirely surrounded by water, Apple Marina Bay Sands offers uninterrupted 360-degree panoramic views of the city and its spectacular skyline. The sphere is a first-of-its-kind, all-glass dome structure that is fully self-supported, comprising 114 pieces of glass with only 10 narrow vertical mullions for structural connection. For Apple – the company which under Steve Jobs brought us the iPhone, Macbook and iPad – it is the third Apple store location in Singapore.

Inside the Apple store in Singapore

The Apple retail store has been designed by architect Foster + Partners in collaboration with Apple’s design team, led by chief design officer Jonathan Ive and senior vice president of retail and online stores Angela Ahrendts. Its design “reflects the vibrancy and innovative spirit” of the State of Singapore, which is also one of the world’s greenest cities. With that in mind, the designers worked on creating a social attraction that blends with nature, that “blurs the boundaries between inside and outside.”

The design theme for the flagship store was inspired by the fact that the avenue used to be dominated by fruit and nutmeg orchards. The wide pavement at the storefront acts as a social gathering area, shaded by a 7.6m -long cantilevering canopy and eight grown trees. The trees form a ‘green orchard’, which provides a “natural meeting place amid the dense urban environment.” The 36.5m-wide façade is glazed from floor-to-ceiling. 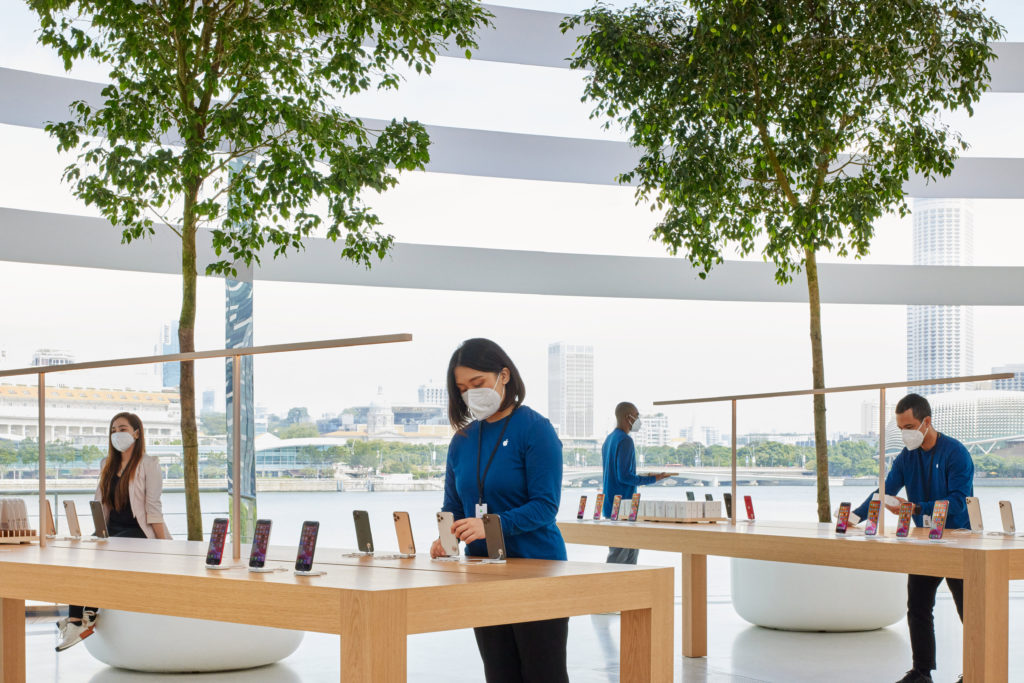 Views from inside the store

“We couldn’t be more excited to open the breathtaking Apple Marina Bay Sands in Singapore, building on our commitment to this special place that began more than 40 years ago,” said Deirdre O’Brien, Apple’s senior vice president of retail + people, of the Apple store opening.

“This is one of our greenest Apple spaces yet – not only does all the energy come from renewable sources, but it is filled with lush trees,” said Stefan Behling, head of studio at Foster + Partners. “It also breaks down the boundaries between the inside and outside, with the greenery cascading through the store from the mezzanine to the ground floor and out to onto Orchard Road, creating the most welcoming civic gesture.”

Inside, the Apple retail store features two large stone walls and two hand-carved staircases, sculptured by Italian artisans from Castagna stone. The smooth staircases take visitors to the mezzanine floor, which contains the world’s largest Genius Grove. This has 12 Ficus Ali trees which enhance indoor atmosphere by refreshing the air and boost the aural qualities of the space. 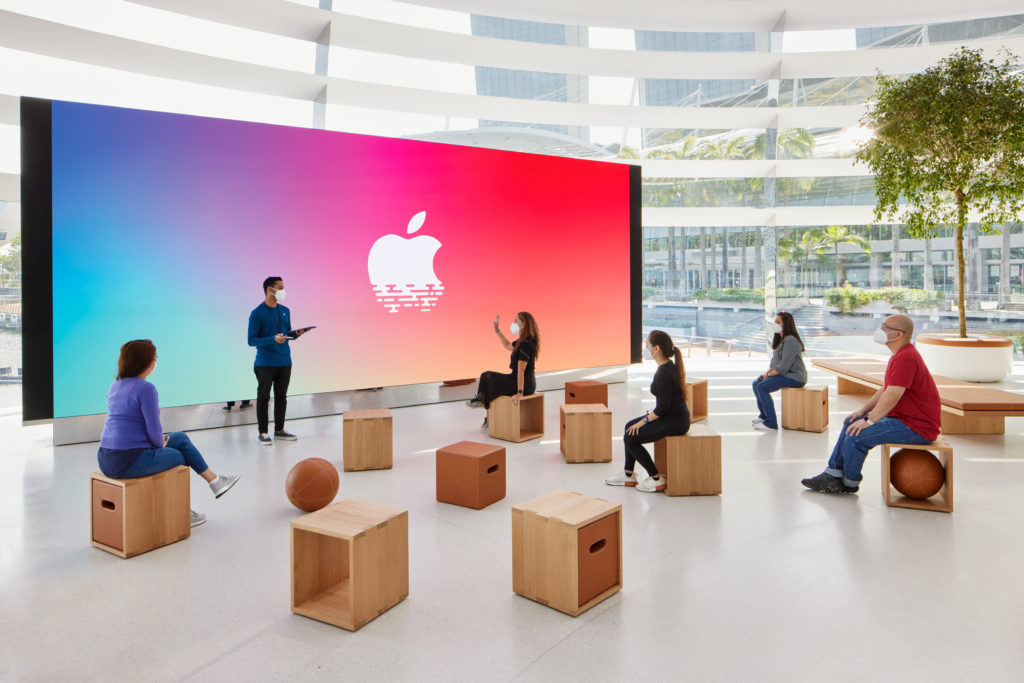 Apple’s widest screen in the Forum

The store also houses Apple’s widest video screen yet (10.4m x 4.5m) in its Forum – a meeting place for creative professionals and experts in music, art, or app development. Apple can also use the space to educate and entertain the users of the flagship store.

To find out more about these topics, read these posts about designer outlets & rethinking retail space.